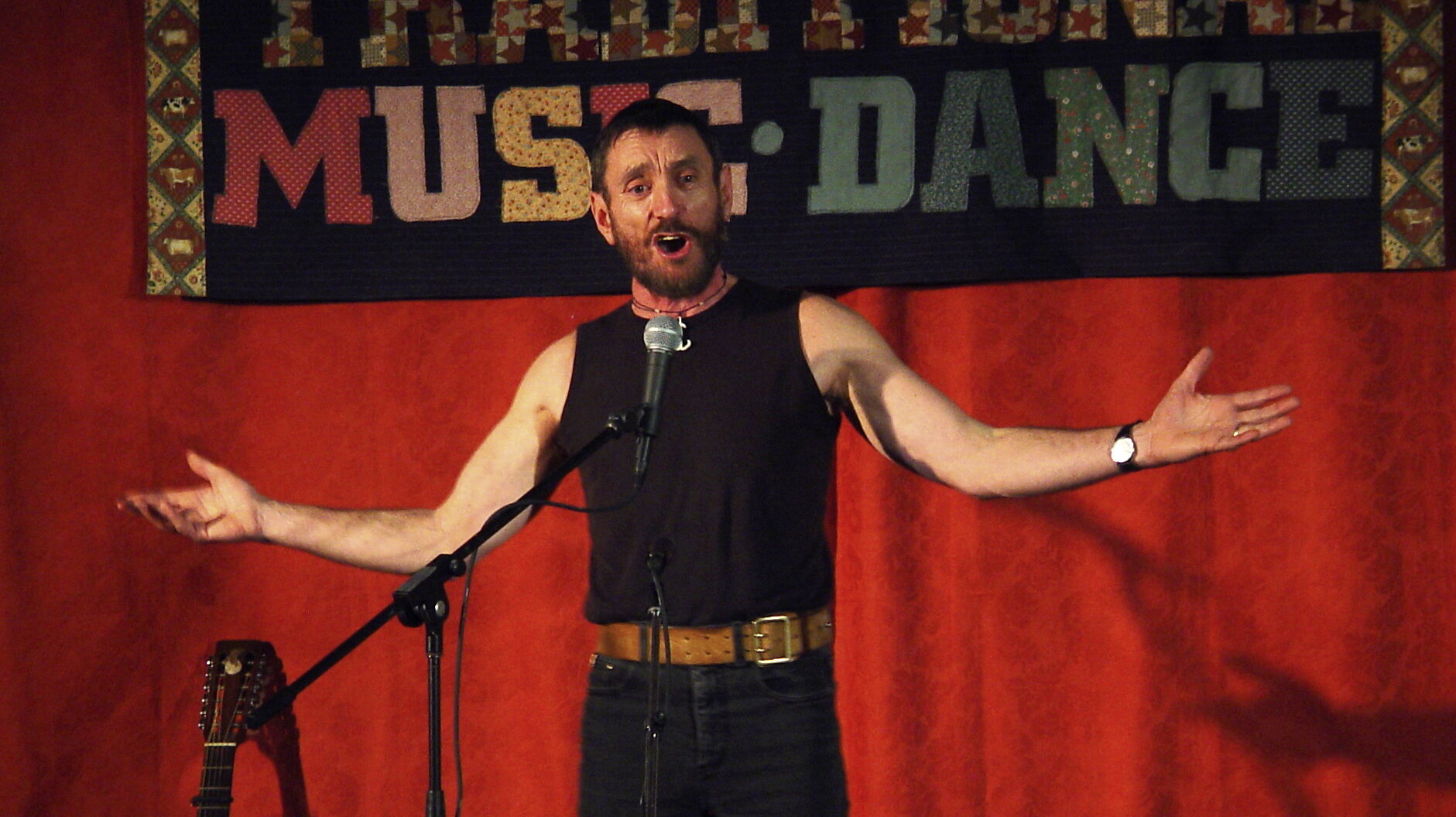 An Afternoon with Tom Lewis

Many of you have had the opportunity over the years to see and hear Tom at the Old Songs Festival or in concert at the Old Songs Community Arts Center in Voorheesville, NY. Until touring is safe for everyone again, we are happy to bring Tom to you virtually.

Tom Lewis loves to sing. And he loves it when people sing along. His powerful voice easily reaches to the rafters and just seems to pull other voices up aloft with it. Known throughout the maritime music world for penning classics like A Sailor Ain’t a Sailor (The Last Shanty), Marching Inland, Sailor’s Prayer (the one where the dove has wings as sharp as razors), Tom is just as likely to belt out a traditional sea chantey pulled straight from Davy Jones locker. He’ll even tell you a story, and it might even be true!

Tom got hooked on sea music when he heard the likes of Louis Killen, Archie Fisher and Ewan McColl in his early folk club days. During his 23 years as a submariner in Her Majesty’s Navy, Tom never missed the chance to visit folk clubs, concerts and festivals, building a reputation that has spread across three continents. Add to his credit ten albums and a hefty songbook.

The concert will be streamed on YouTube. A link to the concert and a reminder will be emailed to registered attendees a day before the concert. The Concert will remain available for viewing for at least a week after the live premiere. No Refunds.