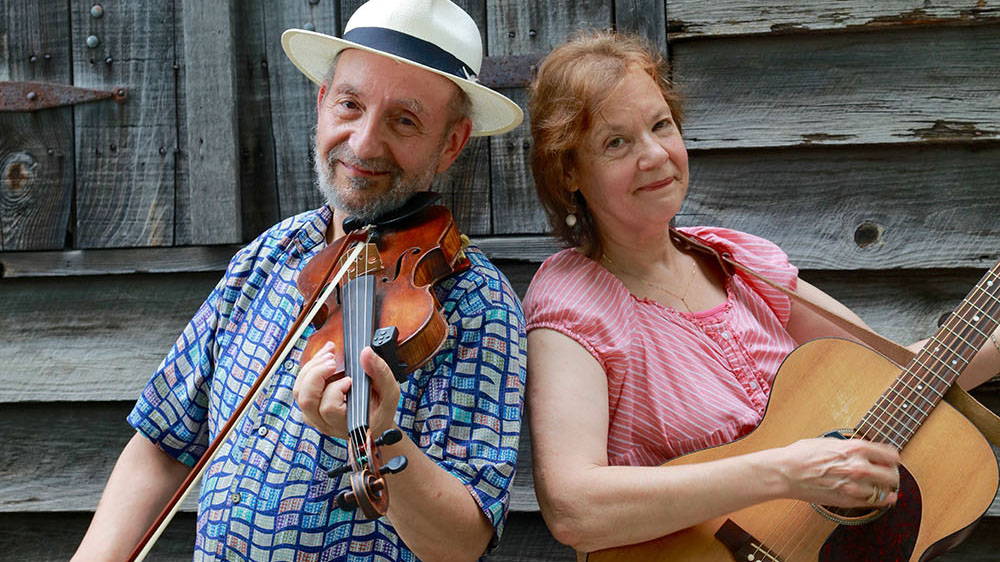 Jay Ungar & Molly Mason are an American roots music duo and are best known for their work on the soundtrack of Ken Burns's PBS documentary series, The Civil War. Jay's composition “Ashokan Farewell” became the musical centerpiece of the Grammy-winning soundtrack. Jay’s fiddling is known for playfulness, drama, soul and technical verve, as he explores many musical styles and idioms that he has internalized and made his own. Molly’s inventiveness on piano and guitar supports the tunes and follows the flow of the melody with her rich and expressive vocals rounding out the experience. Ungar & Mason have recorded numerous albums of traditional and original fiddle music along with vintage country and jazz. jayandmolly.com

The concert will be held in-person at the Old Songs building, and streamed on the Old Songs YouTube Channel. Proof of Vaccination and Masks required to attend in person. Limited Capacity. No Refunds.

Special Thanks to the DanceFlurry Organization for making our Concert Live-Streams possible.