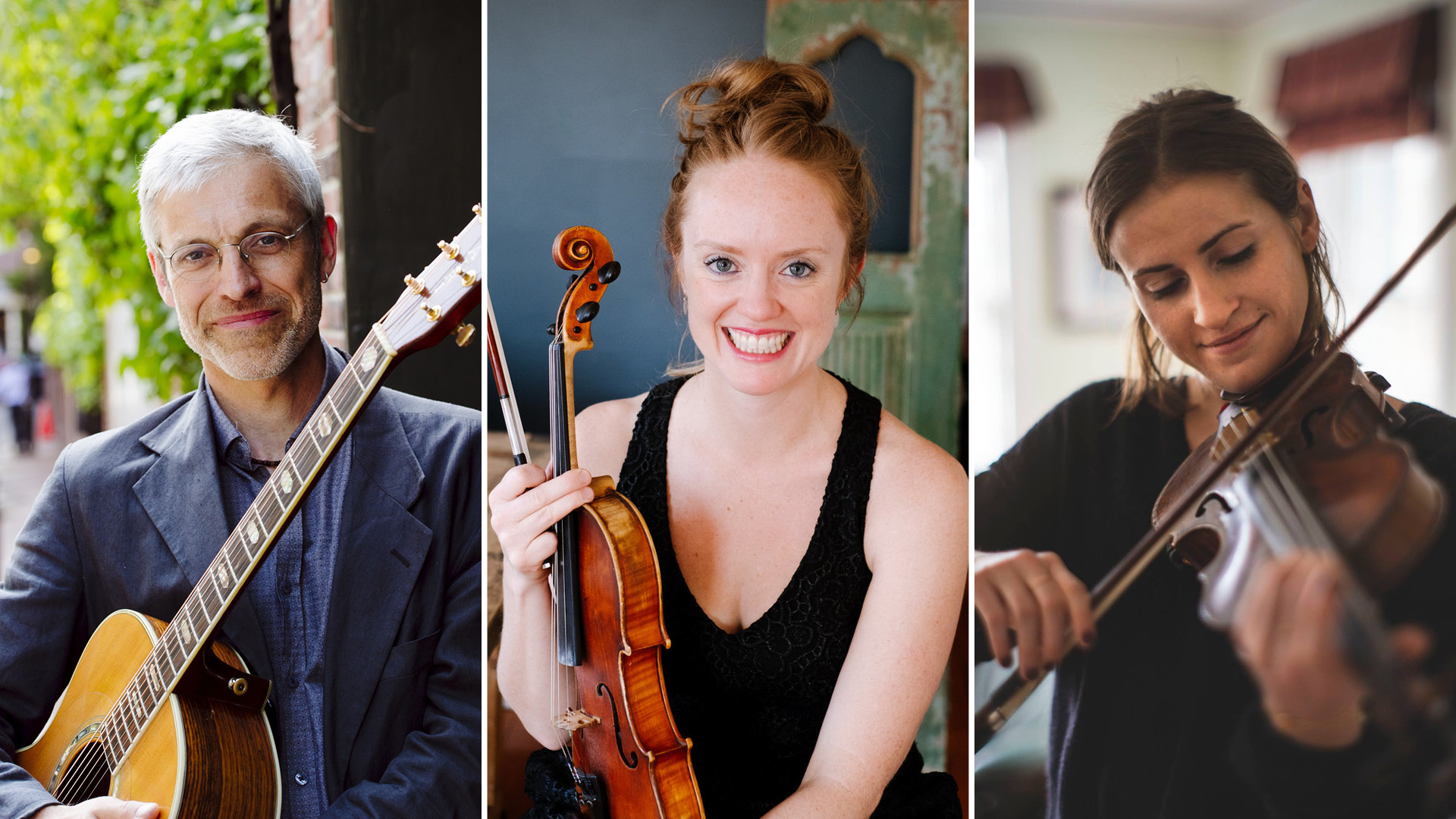 Effervescent and engaging, Boston-based fiddler Hanneke Cassel’s fiddle music fuses influences from the Isle of Skye and Cape Breton with Americana grooves and musical innovations. Hanneke’s music is a blend of the contemporary and traditional, described by the Boston Globe as “exuberant and rhythmic, somehow wild and innocent, delivered with captivating melodic clarity and an irresistible playfulness.”

The Hanneke Cassel Band features Keith Murphy on guitar/vocals and Jenna Moynihan on 5-string fiddle/vocals.  Newfoundland-born guitarist Keith Murphy is a rhythmic powerhouse on guitar and a traditional singer of rare finesse. A native of Newfoundland, he has lived in New England for many years where he has been an influential presence in the traditional music scene through his work with many respected bands, as a tune writer and as director of the Northern Roots Festival in Brattleboro, VT. Jenna Moynihan is regarded as one of the best of the best in the new generation of fiddle players. Versatile and inventive, her fiddling style draws strongly from the Scottish tradition, but is in no way bound by it.

Together, the Hanneke Cassel Band creates a cutting-edge acoustic sound that retains the integrity and spirit of the Scottish tradition. hannekecassel.com

The concert will be held in-person at the Old Songs building (37 S Main in Voorheesville), and streamed on the Old Songs YouTube Channel. Proof of Vaccination and Masks required to attend in person. Limited Capacity. No Refunds.

Special Thanks to the DanceFlurry Organization for making our Concert Live-Streams possible.