World Interaction Design Day is an annual event where we come together as a united global community to show how interaction design improves the human condition. Our aim is to have a positive, long-lasting impact by facilitating activities that support dialogue and outcomes.

Join us to celebrate the World Interaction Design Day and, together with four fantastic speakers, explore this year's theme of

MadeByPlay creates games and playful activities that are used instrumentally to effect real change in the lives of players. Games are often claimed to be social by definition, but there's a difference between just being together because you're playing a game with someone else, and this being togetherness being challenged and changed through play. By drawing on examples of MadeByPlay's own work and others, Patrick will describe how social games can catalyse people-led change by altering or strengthening relationships between people from all walks of life.

On the theme of trust and responsibility, I will be telling my story of how I managed the switch between each sport I played, gaining the trust of my new team mates, and how I took personal responsibility by setting goals in order to become a better person and player for my team members.

"Sport has given me that explosive adrenalin rush where you feel alive. I can’t imagine going through life not feeling that. Not feeling a part of something; that sense of belonging, the loyalty, the trust, the belief – being part of a team. Just like family, it makes me happy." - Lindsay Peat 2019

Designers have been complicit in creating some pretty harmful experiences throughout the world. Today, Designers hold so much power over the users of the things we design its worth taking a moment to reflect on our position as advocates for our users, can our newly elevated status be used as a lightning rod for change? Let’s explore how we can actively engage our powers for good, and refocus our energies and responsibilities before things get much, much worse.

“If you design a car – you are designing the car accident, too. So how do we design a better car accident” said Raymond Loewy who with Victor Papanek (Design for the Real World) foresaw the unintended consequences of design on society way back in the 50s and 70s.

Today we are designing products and services that meet specific business metrics at the expense of the collective’s well-being. We need design principles that start with the collective wellbeing as an essential criterion and work back to incorporate individual utility in a systemic integration.

The city of Dublin has been a vibrant test bed/lab for many frontier technologies and design methodologies to create a better citizen experience for all. How can we together imagine the next level of citizen experience to solve some of the wicked urban challenges facing not just Dublin - but cities globally by re-thinking our current habits and behaviors that need undesigning to ship a better future?

Grab another beer and ask a few questions. 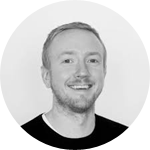 About Patrick
Patrick Bek is an Innovation Lead at Shift, an award-winning charity that designs products and builds social ventures to help solve social problems. Patrick's a tinkerer of sorts whose career has spanned industrial design, branding, service design and venture building. He's passionate about merging commerce and creativity to help identify and lift social barriers. In 2018 he founded a unit at Shift called MadeByPlay, in partnership with his colleague Louise Cooper. MadeByPlay creates social games to ignite dialogue, build empathy and inspire people towards social action. 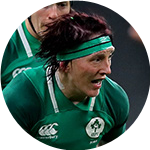 About Lindsay
Lindsay Peat is a member of the Irish senior women’s rugby team, wife to Claire and mother to Barra. Having been introduced to sport at an early age by her mother to help keep her out of trouble, she unexpectedly opened the door to a world that would play a key role in moulding Lindsay into the person she is today. So far in her life, she has had the honour of representing Ireland at underage soccer, basketball, and played inter-county football with Dublin from 2009 – 2014, winning an All-Ireland in 2010. At present, she represents Ireland in women's international rugby. When she eventually does hang up her boots her goal is to play a key role in developing & progressing the role of women in sport. 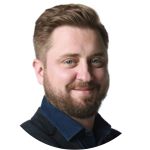 About Bill
Bill is a User Experience Design Manager who has been working in the design industry for 17 years. Over the last 8 years Bill has managed cross-functional design teams for world leading products in Workday and Citigroup. Bill currently leads a cross functional team of over 30 very talented UXers in Workday, including design managers, user researchers, visual designers and product designers. 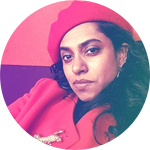 About Priya
Priya Prakash is designer-founder of award-winning D4SC - Design for Social Change - A London based urban-tech R&D company working with cities, infrastructure services and location data providers specializing in real-time collaborative systems combining human and machine intelligence to solve urban problems and improve life in cities for everyone.

Workday is a leading provider of enterprise cloud applications for finance and human resources. Founded in 2005, Workday delivers financial management, human capital management, planning, and analytics applications designed for the world’s largest companies, educational institutions, and government agencies. Organizations ranging from medium-sized businesses to Fortune 50 enterprises have selected Workday. The UX Design team is currently supporting over 37million workers worldwide and are looking for talented researchers and designers to join their team in Dublin.

Adobe gives everyone — from emerging artists to global brands — everything they need to design and deliver exceptional digital experiences.